Wow.
I'd heard about these, and was not entirely convinced that they were simply a phenomena, and that the brain was 'shutting down' or being starved of oxygen.  Dr Sartori, PhD, RGN, had her doubts, too.  As an experienced intensive care nurse, she first came across a patient who'd had Near-Death Experiences (NDEs) while she was on duty.  NDErs were always deeply affected, and more often than not unable to find words to adequately describe the episode.  They were, almost without exception, life-changing, and patients lost any fear of death. Near-Death Experiences are not all that common, but as Dr Sartori spoke to patients who'd had them, she became intrigued.  It seemed no-one had studied this seriously and she decided she was the one to do so.  She spent five years carrying out doctoral research - the UKs first long-tern prospective study.

Filled with clinical case studies and describing thorough and serious research into experiences which have all too often been dismissed as 'imagination' or hallucination, this is a very readable book written by an expert in the subject.

I found the book extremely enlightening and would absolutely recommend it.


Published in the UK February 2014 by Watkins Publishing

Go to http://www.watkinspublishing.co.uk to purchase the book.

Posted by AstroJill at 20:13 No comments:

It's the mid-1950s and the scene is set in a sleepy little village. An undertaker, a pharmacist, a solicitor, a pub landlord and a reluctant doctor are plotting the deaths of a handful of elderly residents.
All in a good cause: to boost the motley crew's retirement fund. A death occurs sooner than planned, and word of the scheme gets out, leaving the gang with apparently no choice but to ensure that death must go on.
This rollicking story is a tad off the wall at times, but I found it to be quite the page-turner and nowhere near as gruesome as I'd feared. The story wraps up nicely with the baddies punished and the innocent, the remorseful and the downright daft all dealt with neatly.
I thoroughly enjoyed the journey and am looking forward to the next book from this author.

Review - Tell My Mother I'm Not Dead by Trevor Hamilton

A Case Study in Mediumship Research.

Well, this was a tale and a half.  The author lost his son in a car accident, and spent years trying to get in touch with him via various mediums, in a very logical and methodical way.
Sessions were recorded, notes written, and care taken to ensure nothing was given away.  Much research was done, also - the bibliography is not brief and promises fascinating reading.
The results were surprising.  I have an open mind, but I can usually tell when someone is pulling the wool, and it appeared to me that there right in front of him was overwhelming evidence of the soul's survival after death.
Mr Hamilton, however, was not such a pushover and continued almost to deny any possibility, despite all these happenings which could not be explained in any other way.
This is not a dramatic book.  In fact, it's quite scientific and unbiased.  It is simply his search for evidence of life after death.  I reckon he found it.
Recommended.
Posted by AstroJill at 12:56 No comments:

This is a new one on me.  Remember the powdered soup-in-a-sachet that all too often tasted, well, powdery?
I spotted this in Iceland – 59p, if I remember correctly.  Shame they only had two flavours, and as I hate anyone’s tomato soup, I chose this one – Chicken and Vegetable.
It’s in a sturdy sachet (I had to cut it open, tho’ it does have a tear strip at the top).  It’s about the size of a toothpaste tube.  It’s lightweight (70g), and will easily fit into a handbag, pocket or briefcase
It doesn’t need refrigerating, either.  It’s low fat, if that’s your thing - 102 Cal’s in all.
It’s easy to make – boil the kettle, squeeze the paste into a mug, add a little of the hot water, stir, add more water to fill the mug, and stir again.  It’s that easy.
What does it taste like?
Just like a tinned soup – only very, very portable.  That’s got to be better in roadmiles, surely?
Worth a try, I’d say.

Posted by AstroJill at 14:40 No comments: 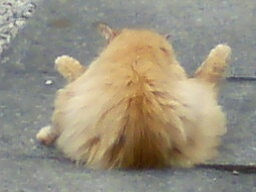 I am leaving the big bad world of journalism - if I was ever in it in the first place.
I will still happily edit, write reviews, and what-have-you, but my 'journo' website has now gone, and I'm spending much of my time crafting, and teaching.
Check out my other blog - it's much more fun! 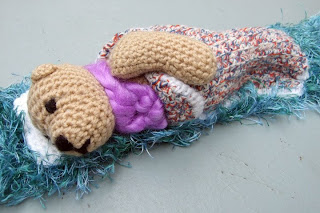 Posted by AstroJill at 08:53 No comments:

Review: If Life Gives You Lemons by Sally Stubbs

This book has received rave reviews on Amazon, so I'm wondering if it's me, but hmmm... This is a book chock full of quotes - so full, that I spotted at least one appearing twice, albeit with slightly different wording and attributed to a different author. Yes, some of them are inspiring, and they are themed, so you can go to the area that's troubling you. If you 'get' it, it can be a real help, and people have said as much - but not for me.
Posted by AstroJill at 14:02 No comments:

I was intrigued by this book. On reading the extract from the publishers I feared it would be too flowery, but the story's description, that it was based on real events, had me interested. I couldn't wait for it to arrive in the post.
Looking at the cover, I could not understand why there was a picture of a toddler on the back - a mummified one who looked simply to be asleep. I still don't know why the author chose to include that image.
On to the story. This is a wartime tale well written - a page-turner. A story of heartbreak and hardship, love and loss, but with a couple of twists to the ending that I didn't see coming.
Recommended - I want to read it again.
Posted by AstroJill at 15:20 No comments:

AstroJill
I have three blogs - a 'serious' review one, which is now hibernating, (of books, products, places) as Astrojill, a creative one as Gillian M Reid Craft and Randomness, and a travelog blog - I hope you find something useful in at least one of them. New things to review are always welcome - you know your product will get a fair and honest write-up. I'm a keen crocheter and crafter, too. See my 'stuff' on www.folksy.com - the latter as AstroJill. I'm often lurking on www.ravelry.com - as Astrojill again.